The process of installing flags in the city properly (7 Asad)

Gholam Rasoul Azimi, head of the Herat Municipality's Department of Urban and Electronic Governance, talks about the beginning of the process of installing flags in the city properly (August 27 - National Flag Day).

These preparations have been made in advance based on the decision of the governor and the emphasis of the mayor of Herat, and by the National Flag Day (7th of Assad), hundreds of flags will be installed at the base of all street lights in the city.
By decorating the urban areas of Herat with the national flag of the country, the city of Herat will take on a more beautiful appearance than ever, and in the city of Herat, this national day will be welcomed with great enthusiasm. 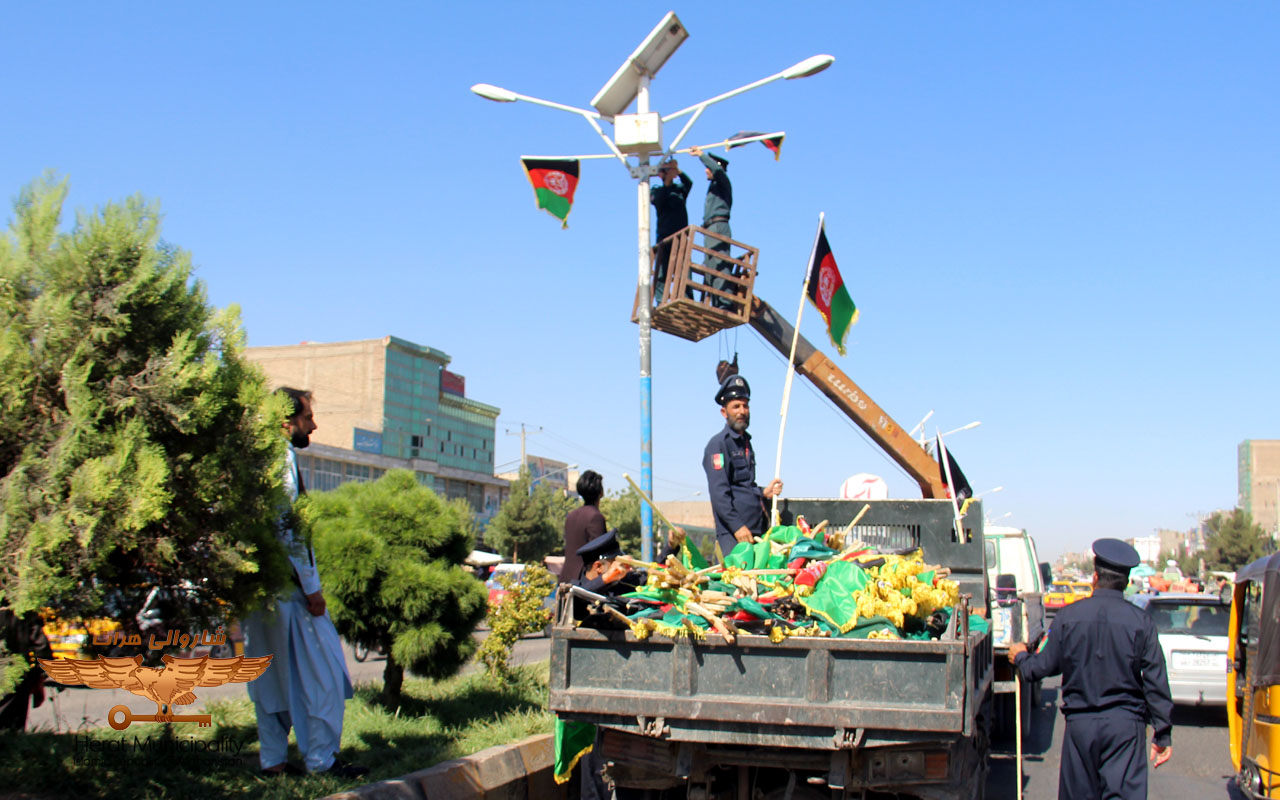