The beginning of the first stage of aid; Distribution of food aid to 1800 needy families in the fifth district of the city by the leadership of Herat Municipality

The food aid packages for the needy were distributed by the slaves of Hazrat Mushfeq, Mayor of Herat, Abdul Rahman Molavi Zadeh, Seyyed Abdulmanan Qatali, Commander of the Fifth District of the city, and a group of influential people.

The mayor of Herat emphasized transparency in the distribution of these food aid; He said that after the final survey and separation of the real deserving people in Herat alley in Herat city by the responsible committees, it will be distributed to 1800 deserving families through the administration of the fifth district of the city and charitable organizations.
While thanking the merchants and benefactors of Herat for their help and assistance to the needy, Mr. Mushfeq said that the donations amounted to a total of 2.5 million Afghanis, including rice, oil, tea, paste and soap.

Mr. Mushfeq expressed hope that the process of distributing food aid to the needy in accordance with the survey and identification of those families will soon begin through charitable organizations and administrations in 15 districts of Herat.

Abdul Rahman Molavi Zadeh, Deputy Chairman of the Advisory Board of the Municipal Administration, expressed his satisfaction with the start of this process and appreciated the distribution of charitable humanitarian and humanitarian aid at such a critical time. 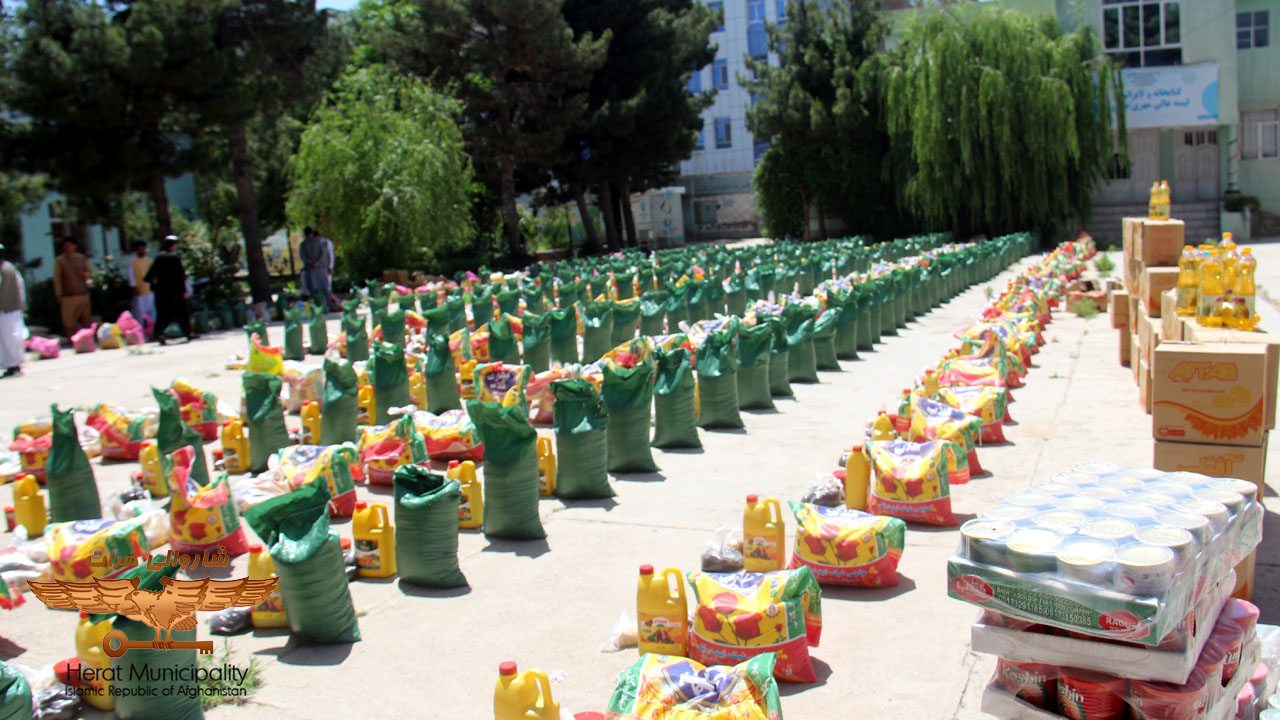