Ghulam Hazrat Mushfiq Herat, Ghulam Davood Hashmi, Deputy Finance and Administration Officer and Department of Natural Disaster Response Officers visited the flood-prone areas of the Gospel in the sixth, eleventh and fifteenth districts of Gospel and cooperated with local and regional authorities. These areas were reassured.
Herat mayor emphasized that the municipality last night, along with officials from the office, had available facilities to mitigate potential hazards in vulnerable urban areas, stating that the municipality would in the future address permanent problems of vulnerable areas, development projects and development needs. Will take over.
Mr Mushfaq said he had directed the Emergency Committee and all city districts to prevent and reduce potential dangers to address the current problems of residents in the affected areas and to prepare mobile patrols in their vulnerable areas.
It is noteworthy that the Herat municipality leadership and emergency committee are dispatched to vulnerable areas in an emergency to avoid possible flood hazards. Therefore, the leadership of the municipality of Herat calls on the public of Herat's honorable citizens to contact the Emergency Committee or their respective district authorities in times of danger.

Note: Contact numbers for the leadership, emergency committees and city administration officials are attached to the pictures of this post and the previous post of the office's official page. 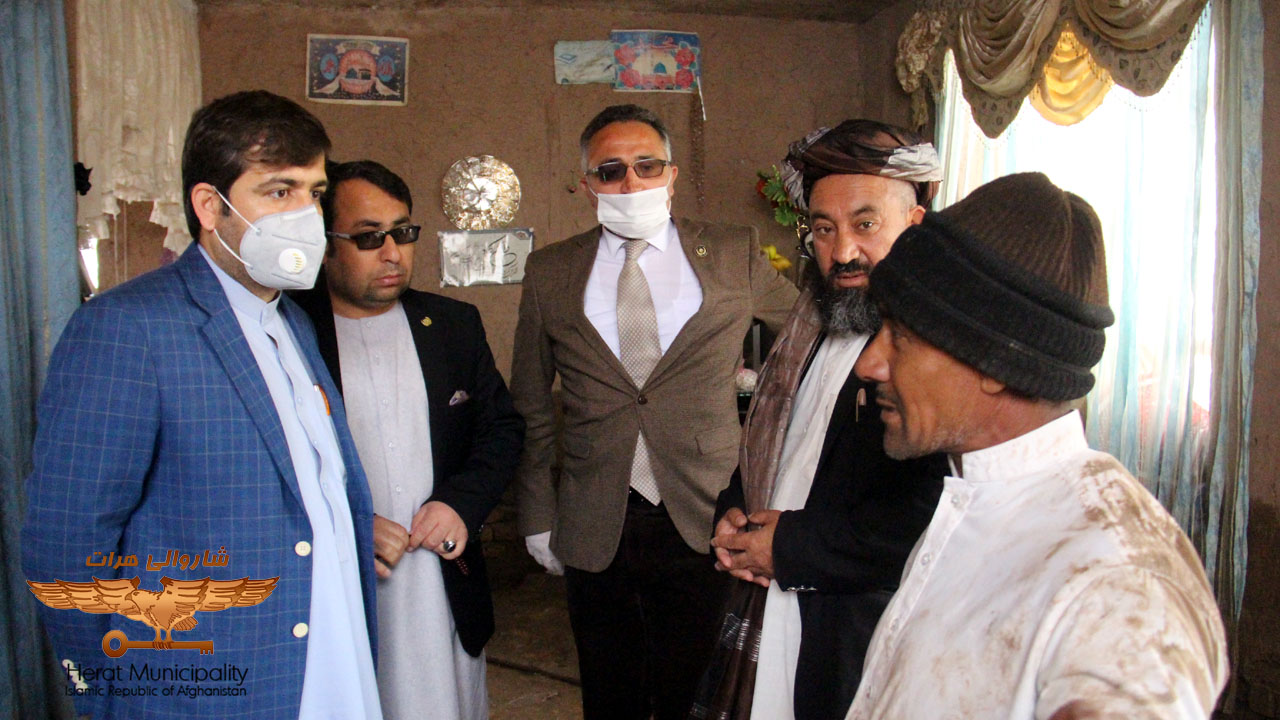 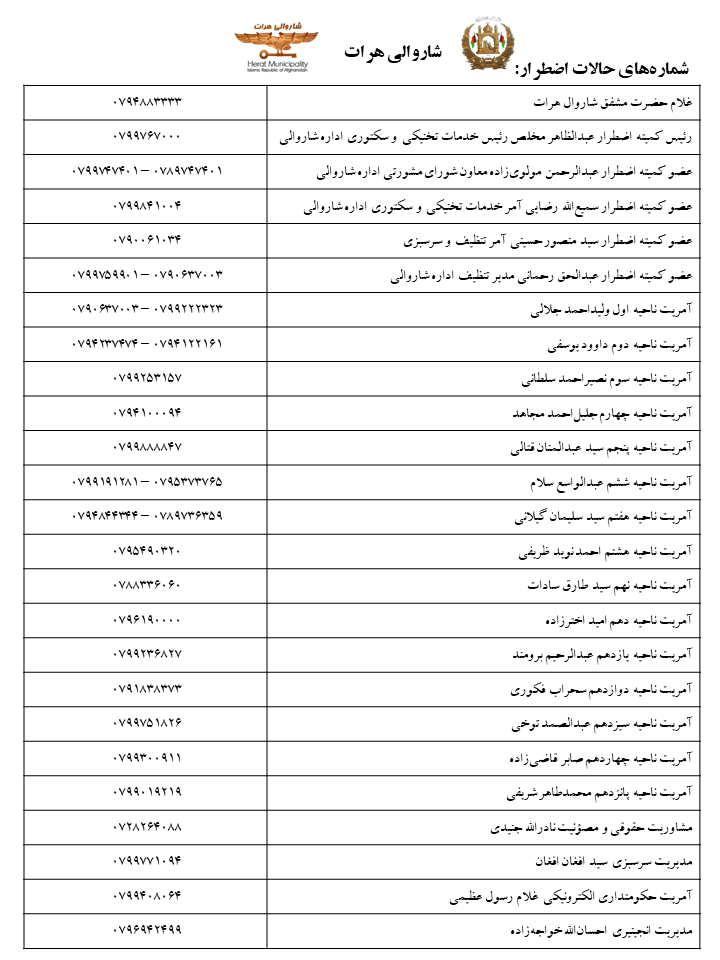 Abdul Rahman Molavi Zadeh, Deputy Director of the Advisory Board of the Municipal Administration, and Abdul Rahim Moradi, Director General of Market Regulation, began a series of. . .

Survey of places in the fourth district of Herat city

EU officials in Herat's municipality are grateful for the comprehensive cooperation of residents of the fourth district of the city in answering questions from the program's editors.
Th. . .

Ghulam Hazrat Mushfeq, Mayor of Herat, officials of the 4th District Administration and the European Union's "Support for Herat Municipality" program, during joint meetings with the. . .