With the growing number of complaints from citizens about the noise pollution caused by wheeled speakers in Herat, the leadership of the municipal administration has started collecting loudspeakers so that citizens in these bad and sick conditions can get coronavirus; Reduce citizen harassment.
In this action, the speakers of wheelbarrows, equipment and over-the-counter vehicles in most markets of the city such as Kandahar Gate, End of Water, Khajeh Koleh, Malek Gate, Iraqi Gate, Good Gate, Nembric Gate, Colored Bridge, Mostofit, Jakan and its routes were collected.

Ghulam Hazrat Mushfeq, the mayor of Herat, says that in the current situation, the citizens need peace, but some people do not pay attention to the peace of the citizens at all and cause public harassment.
To this end, the mayor of Herat has strongly instructed the staff of this office in the regulation of markets to emphasize the observance of health issues and social distances to wheelchair users, vendors and mobile vendors; Gather citizens' annoying loudspeakers.

The leadership of the Herat Municipality warns the public of wheelchairs, rioters and peddlers throughout the city, neighborhoods and markets to stop harassing citizens who are sick in their homes and not to disturb the public in the current situation. 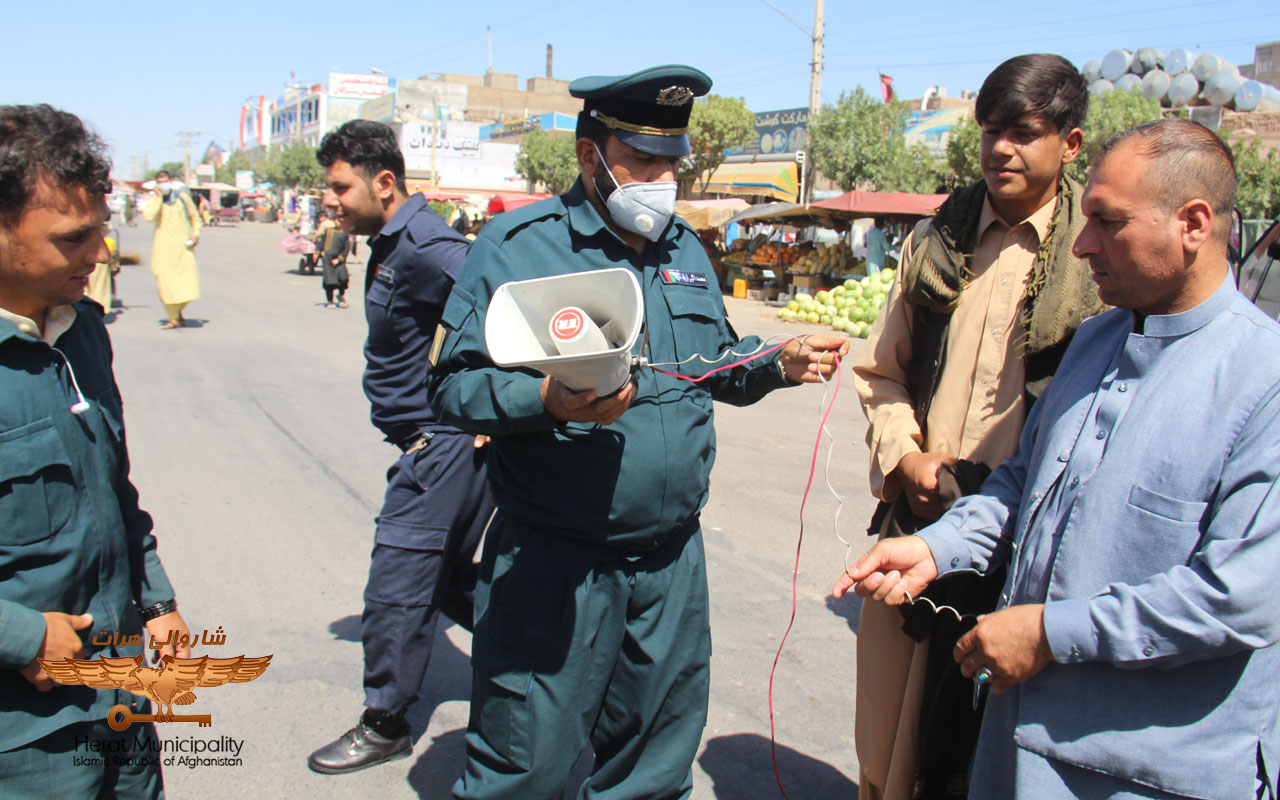 Ghulam Hazrat Mushfeq, Mayor of Herat, officials of the 4th District Administration and the European Union's "Support for Herat Municipality" program, during joint meetings with the. . .

Shopkeepers on the northern side of the Herat Grand Mosque, along with members of the Advisory Board, met with Gholam Hazrat Mushfaq, the mayor of Herat, to explain their problems and. . .

Evaluate the activities and annual performance of the second, thirteenth and fourteenth urban areas of Herat Municipality

Gholam Hazrat Mushfaq, the mayor of Herat, at the head of the evaluation board of the employees of the municipal administration (representatives of the Department of Human Resources of. . .

Read more about Evaluate the activities and annual performance of the second, thirteenth and fourteenth urban areas of Herat Municipality